Intellectual Property & Business Advice for the Global Copyright Industries: with a particular focus upon the interests of creators. 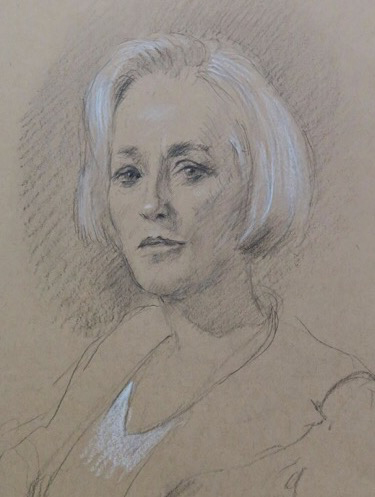 For all but the most successful author or performer there is profound asymmetry of bargaining power between them and the party that will be getting the benefit of the creative work. “Take it or leave it” terms can dominate in negotiations, and a so-called “standard clause” may just mean that every company across that part of the industry imposes the same restrictive, sometimes abusive, terms upon creators. Authors and performers are routinely the last mouth to feed in the royalty food chain despite entire industries being fundamentally dependent upon the work they deliver up. There are bars in the UK and parts of the EU to collective bargaining which would add power to their ability to get together and negotiate some basic working and pay conditions en bloc. These bars need to be removed. The talent guilds of the USA are an enviable example of the benefits to creators joining forces to get everyone a better deal. Recent legal developments in the EU may produce greater transparency and a rebalancing effect but how successful that is remains to be seen, as each EU member state considers how to implement what the European Parliament has approved.

Choosing to litigate – as the claimant or plaintiff – is something to be considered very seriously indeed. Litigation is expensive, emotionally exhausting, time-consuming and risky. But whether you choose to issue proceedings when you have been wronged or have to respond to proceedings brought against you, your choice of law firm is a key part of the process. Lawyers have a professional duty to the courts and to their client. But contrary to popular myth, lawyers are human. So it is worth remembering that many media law firms make significant fees working for music companies, film and television producers etc - the corporations to whom the talent licenses the rights in their creative works. There are specialist litigation firms out there which are worth considering and you can also find individual lawyers, particularly in the USA, who predominantly serve the talent’s interests. Also, never underestimate the effectiveness of PR support for your case – companies and their shareholders are sensitive to bad press and outstanding litigation needs to be declared by companies in certain circumstances. Your usual industry PR person will not necessarily give you the best advice. It is best left to the experts. Good coordination between the case’s progress, you the litigant and the specialist PR company is key. It needs an experienced hand. Some lawyers may want to manage the optics themselves – but not all of them are skilled in this area and may not present your case to the public in the manner you would wish. That said, NEVER ignore what your lawyer tells you about the formal limitations of public statements during litigation – public utterances are discoverable and can compromise your position. If you engage an expert litigation PR specialist, always ask for a conflict of interest check first!

Consider forensics in relation to your copyrights and your income as akin to archaeology. There is a lot of digging involved, but not quite as much actual dirt. There are specialist accountants who audit licensees to ensure you have been paid the correct amount of royalties under your contracts, negotiate settlement and, in some cases, assist with re-negotiation of the deal. At the outset of complex deals it can be useful to ask such an expert to review the financial and accounting clauses during initial negotiations too. Financial forensics will become more important given the changes the EU digital copyright directive introduces around accounting transparency and the right to revisit the value of a contract to secure proportionate remuneration. There are also forensic activities around the rights in your copyright works. That is, what rights are there, where are they (as in who controls them), what does the contract governing exploitation say, how much is each property generating, when might any rights revert back to your control (if at all)?

For people or companies needing consent to use copyright works in their project, locating the creator and the owner would be time consuming and impractical. Often impossible. So custom and practice has led to the formation of bodies that license works protected by copyright on a collective basis. Collective management organisations (CMOs), as they are known, serve as “one stop shops” for the consumer or the potential user where they obtain usage consent and pay a licence fee. Authors and performers, as CMO members, assign the ownership of the particular strand of the copyright, or the element of the performers’ rights needed by the CMO, or appoint the CMO agent. This then empowers the CMO to negotiate usage fees from users of those rights on behalf of members.

The CMOs issue licences, for whichever strand(s)of the copyrights that they control, to users such as broadcasters, radio stations, cinemas, music venues, book and magazine publishers etc. in exchange for fees. These licence fees are accompanied by usage information which the CMO analyses so the money can be paid to the appropriate member(s). (Music streaming services get their licences for recordings direct from record labels, but song rights are largely administered by a CMO.)

Sometimes called a PRO (or performing right organisation), they usually, but not always, have talent-run boards of operation – a rare place where the talent can, in theory, influence policy and their economic destinies. CMOs are mainly not-for-profit, but not always. As a CMO administers large sums of money, in some countries they are being circled by equity investors/venture capitalists with very different ambitions - to become yet another mouth to feed in the talent’s royalty food chain.

A CMO is a very complex beast, and should be approached with caution. Each CMO has its own detailed internal rules and distribution practices which differ from CMO to CMO. They can be regulated by domestic law, by governments and/or the courts and in the EU a specific law places specific obligations on EU CMOs about their licensing practices, governance and transparency.

The copyright industries are perceived as glamorous. But glamour does not always equal riches. The digital age, and safe harbour legislation that has protected the digital companies from liability for what they deliver, in reality has decimated the incomes of creators. And all too often when there is a copyright-related event, seminar or conference, the talent is absent from the platform! User groups, policymakers, consumers and the companies that exploit the works created by authors and performers are marvellous at setting out their needs. They explain to governments what is in their best interests, often justified by the value their sector of the copyright industries generates to GDP, or the number of people they employ. But a company’s first obligation is to their shareholders NOT to the authors and performers whose works they have acquired and whose works are the bedrock of the industries. Media consolidation increasingly has meant that powerful corporations make tax-efficient arrangements to shelter their profits from the predations of the taxman. A different point of view might be that the tax contributions that are paid to governments in the countries where the industries operate actually come from the vast majority of authors and performers, from the armies of support workers such as runners, record producers, cameramen, sound and lighting designers, technical staff. Their voices should be heard; the real facts of their incomes and working conditions should be made known to policy makers!

It should be committed to memory that…… it is a lot harder to get back one’s copyrights than it is to sign them away in the first place. Signing away rights to one’s creative work, renders extremely valuable an author or performer’s signature. Such tips are best learned early. The music industry, film and television, the ability to make work and share it online are attracting young talents but little information is given at school about what their rights are. Understanding what your rights are from the moment that you create something original will always stand you in good stead.

The place to start should be to identify your work – never underestimate the importance of METADATA. Creators should use internationally recognised identifiers to label one’s creative works. There are already well-established standard numerical identifiers: for songs (ISWC), for recordings (ISRC), for audio visual works (ISAN), for books (ISBN). With a unique identifier (and some CMOs will allocate these to your work) you are able to track and trace your work’s journey across the world and the web. When you assign rights insist upon the identifier being used, and not being removed. Some social media companies automatically remove the copyright information when you upload to their site and their terms and conditions often give them the right to use your work without further reference to you. If a user of your work cannot find you they cannot pay you.